Running form northwest to the southwest of the island, the Serra de Tramuntana mountain range is a UNESCO world heritage site. It spans 30% of the island and is about 90 kms long. The mountain range shields the island from harsh winds that collide at the most northern point. Locals call this the meeting point of the winds. Some of the world’s finest roads for cycling have been carved into the rocks. It has been described by Sir Bradley Wiggins as a “Scalextric set for cyclists.”

The Tramuntana Mountain range will help you improve your cycling

As you ride a Tramuntana cycle route you will see a variety of vegetation and plant life. Thanks to complex water management systems, orchards, vegetable gardens, and olive groves, line the slopes.

The island itself has had human settlements for centuries. According to UNESCO, the island shows signs of changing from Arabic to Christian culture around the 13th century when the latter conquered the former. Many of the first waterways show signs of Arabic origins. This made the land more arable and allowed the vegetation that you see to flourish. It also made Mallorca more hospitable.

The mountain range is regularly used by pro peloton teams in the winter months. If you ride in Mallorca especially around the mountains you will see famous faces from the sport. There are some brilliant climbs in the mountains and equally brilliant descents. To make this even better there are hidden gems for cyclists to find, from tucked away cafes to amazing roads.

The climate on Mallorca is highly conducive to cycling. Typically, the island has 300 days sunshine a year, and from February to late May, cyclists flock here to improve. Temperatures hover between 16-19 °C in February, rising to 24-26 ° in May. The summer months which are tourist heavy sees cycling traffic drop a little. It rises again in October and November, when temperature returns to 24-26 ° during the day and there are fewer tourists around.

Tramuntana Routes that must be ridden 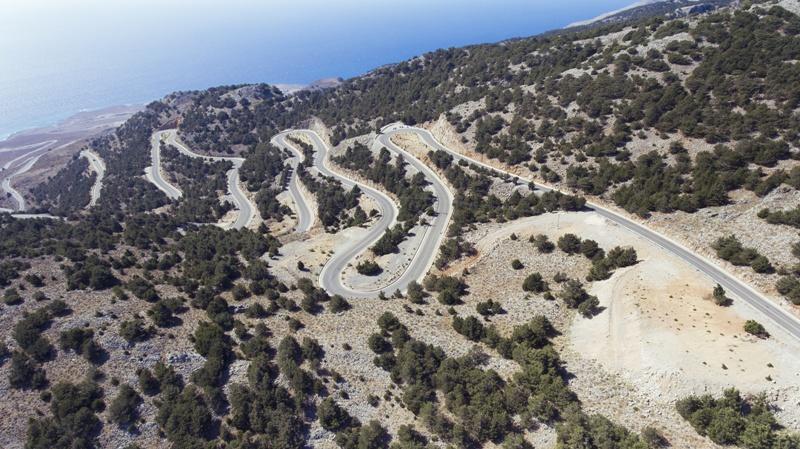 Sa Calobra is the most famous climb on the island thanks to its 26 hairpin bends. Sir Bradley Wiggins trained hard on the route before his 2012 triumphs. The route involves descending the hairpins until you reach the village of Sa Calobra at the bottom. You then turnaround and begin your climb. Gradients average about 7% as you ride one hairpin after another. The route features sheer drops so a good focused mind is needed as you ride.

As with nearly every ride in Mallorca, the views are spectacular.

Puig Major is the highest reachable point in the Tramuntana Mountain range and the island of Mallorca. It is 854 metres above sea level and to reach it you start from virtually sea level in the town of Soller. You ride 13.9 kms until you reach the Monnaber tunnel. As you can imagine the panoramic views are sensational and a selfie must be had!

Along the way you can stop off at the beautiful village of Fornalutx for a coffee break and to fill up your water bottles.

To discover the Tramuntana Mountains and improve your cycling you can join us on either our Mallorca Cycling Training Camp, or ride most of it taking on the M312 sportive. Once you have ridden on the island and taken in its delights you are sure to want to return.