Why cycle training should include etiquette 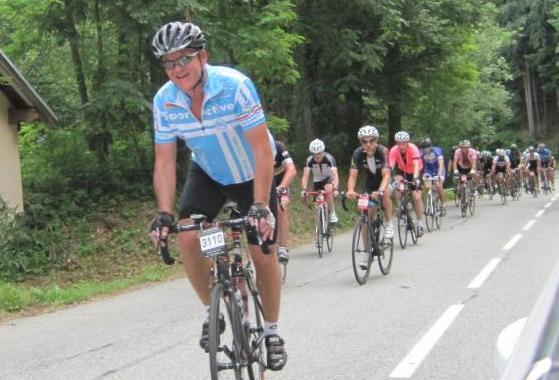 Everyone is aware of the tension that exists between cyclists and drivers, and high profile cases such as Bradley Wiggins breaking his ribs after being knocked off his bike have done little to subdue the rivalry in recent months.

However, by taking the following points into account, you'll not only be far less likely to experience dangerous situations, you'll also understand how to help improve the public image of road cyclists…

Don't rise to it!

Although it is certainly true to say that there are a small minority of drivers who do little to respect the rights of cyclists, and even actively endanger them through inconsiderate driving, it is important for individuals undergoing cycle training to recognise the importance of not exacerbating the situation. No matter how poorly you are treated by a driver, rather than starting an argument, flash them a smile instead; this is a far more effective way of getting them to reconsider their actions and opinion of cyclists as a whole. Certainly, during my years running cycling classes, I've found this to be a very efficient solution.

Similarly, if you are on the receiving end of outright abuse, as any good cycle training professional will tell you, politeness is the best policy. Instead of escalating the argument, simply be polite and take a note of the car's registration number to report them at a later date. For the most part, however, smiling, waving and refusing to adopt an aggressive demeanour is all that is required to diffuse potentially problematic situations.

Respect the rules of the road

Whether it's running red lights or approaching roundabouts and junctions incorrectly, some cyclists show little appreciation for the rules of the road. However, as professional cycle training will make clear, not only does this greatly increase the chances of your suffering a serious injury as a result of a collision, it also does little to improve the public perception of cyclists.

Just because you can run red lights without endangering pedestrians, it doesn't mean you should!

Be aware of your situation

Never forget the danger posed by cars. However much safety gear you're wearing and no matter how much cycle training you have invested in, you are still only a fraction of the size of the other vehicles on the road. What's more, you are far more fragile, with any form of contact from a car or van likely to knock you off your bike completely - something that can easily cause serious injuries, particularly if you're travelling at high speeds.

With this in mind, it's always best to avoid contact wherever possible. If someone is aggressive towards you, the best thing to do is simply stop and let them go past. Whilst picking a fight may seem like a good idea in the heat of the moment, you'll always come off worse!

Similarly, it is important to be understanding when it comes to drivers and adapt your behaviour accordingly. For example, though it may be preferable for your group to ride with two or three riders abreast of one another at any one time, this can be extremely frustrating for drivers behind, who may well be prevented from overtaking as a result. Staying aware at all times and reverting to single file where necessary will not only improve the relationship between drivers and cyclists, but also protect the safety of everyone within the group.