The Thrilling Descent of Ventoux

Ventoux is a cycling challenge that should be on your bucket list.  It tests you physically and mentally and it has inspired philosophers to write about just how tough a climb it can be.  It should not be underestimated and you will need to be a rider of note to reach the summit. 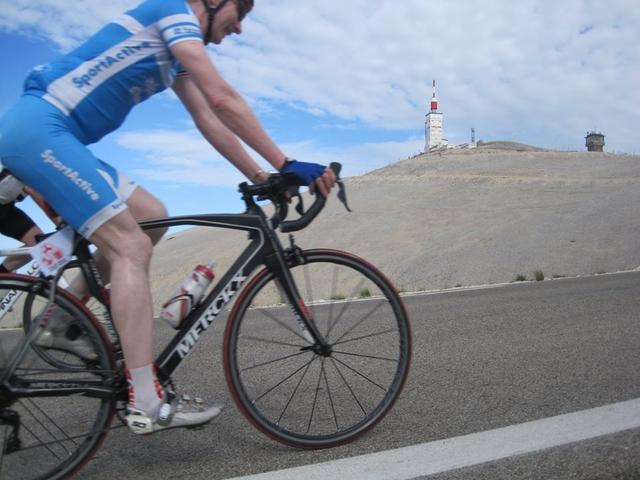 It is still possible, however, for Ventoux to have the last laugh.  The col must be descended with care, with a safety first approach. Although this may not sound particularly rock and roll, you will still reach speeds up to 50 kms/hr.  This is incredibly fast on a road bike.

Here are a few things to remember:

When you descend cyclists can seem to come out of nowhere so you need to be vigilant and aware.  Much of Ventoux’s roads are winding and sheltered.  This can block your senses to the fact that a cyclist is just about to whiz past you.

Although Ventoux’s summer and autumn months see thousands of cyclists riding up and down Month Ventoux, other forms of traffic are present too.  People live on Ventoux and life goes on.   Drivers of trucks, cars, and motorbikes will be encountered.  Other tourists drive up Ventoux and you may encounter them.The point is that although the majority of traffic will be cyclists you have to bear in mind that other traffic will be present too.

The last six kilometres of Ventoux is barren rock.  This part of the Beast of Provence has its own microclimate and although it was warm and sunny when you started, you may find that it is raining or foggy at the top.  This aspect of Ventoux when climbing is part of the challenge, the battle.  On the way down, however, if visibility is reduced it is a hazard.  So be cautious when descending.

Despite our warnings, Ventoux is still an amazing descent, and after the effort, it takes to reach the summit, you have more earned the thrilling ride to the bottom.

Take on the Challenge, the Battle of Ventoux

Click here and download the brochure and ride it this year with us in September.  The Beast of Provence is taunting you.