This year's Sean Kelly Tour of Waterford has seen as many cyclists as always ; and, as always, much more wanted to join but could not because the local authorities limit the numbers to 5000. This is a real shame. Other regions of Ireland run sportives with up to 9000 riders. Why is this not possible in Dungarvan ? There must be something to do…! But this is not the point of my article.

In 2013 we had organized a draw. The prize was a beautiful picture of Sean Kelly, on canvas, signed by him. It was such good fun that we repeated it this year, …with a different picture. Given Sean Kelly's long and successful career, we could keep going for ever without running out of pictures…

Sean Kelly signed the picture on Saturday afternoon and drew the winner on Sunday at around 18:00. This was great fun and I have to tell you the little story about how it went.

On Saturday afternoon a little girl, just back from the 12 km cycle, medal round her neck, put her form in the box. The form was folded and on each side she had written "pick me", "pick me". I had a big internal smile thinking, well, if this works I'll do the same the next time I'll participate in a draw…

On Sunday, at 18:00, Sean Kelly put his hand in the box with the forms, turned them around, under and over, and picked one from underneath. I had a big scream when I saw the form Sean Kelly brought out of the box. On each side was written "pick me". I could hardly believe it ! There has been magic going on here !

So, the winner is Elia Tutty.

Elia is 11 years old and lives in Abbeyside in Dungarvan with her Mum, Dad and Brother Cal. She completed the Sean Kelly 50km for the first time with her Dad Darren on Sunday and also did the 12km with her Dad, Cal and cousins on Saturday. Elia has a wide interest in sport and over the last 3 years has represented County Waterford in swimming at National level in the Community Games Finals in Athlone. She also completed her first triathlon in Kinsale this summer and can't wait to join Dungarvan's Tried and Tested Triathlon club when old enough. Elia's Dad loves the picture and has fond memories of training with Sean Kelly and the Cidona Carrick Wheelers. He still wears his Cidona jersey !!!

We wish Elia success as a future athlete. 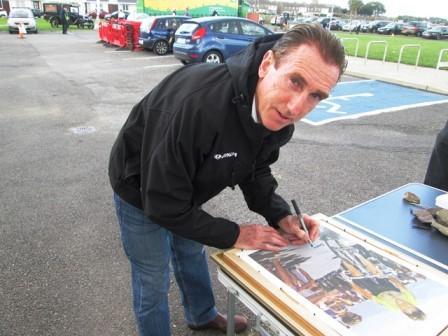 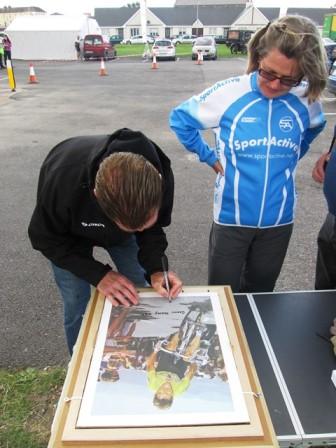 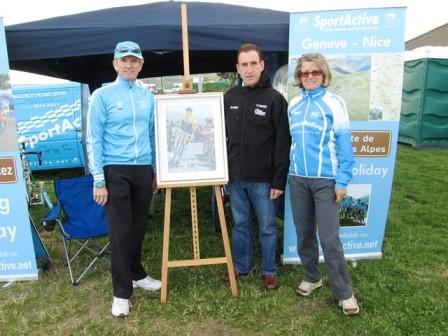 SportActive presenting the prize of the draw - Who will win it ? 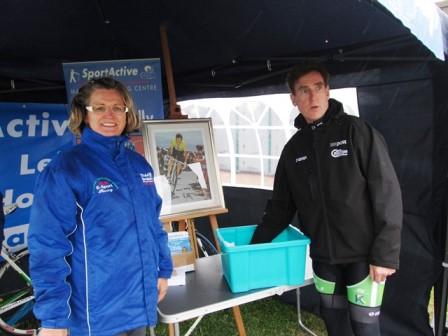 Sean Kelly shuffling in the box... 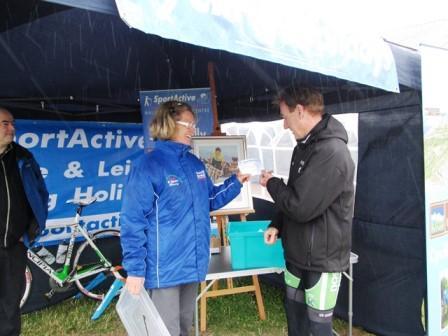 The winner is Elia Tutty 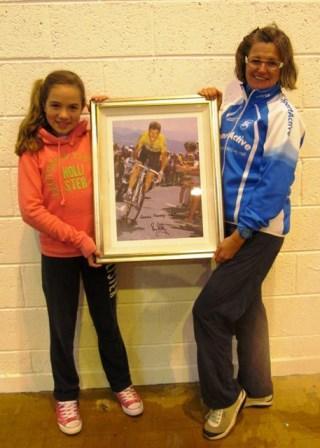