Meet the Best Two Cyclists Ever to Have Lived!

To be considered the best road cyclist in the world is a rare crown worn by few. Even fewer cyclists are regarded as one of the greats of the sport. At Cycling Ranking, they have gone through every race and time trial from 1869 up until 2021, assigning points to each cyclist that finished. This mammoth task has discovered the best two cyclists ever to have lived. They are:

Let’s take a closer look at the careers of these two incredible champions.

Known as ‘The Cannibal’, Merckx’s twelve-year career is one of prestige and achievement. Many see him as the best rider ever to have lived, and the statistics bear this out. 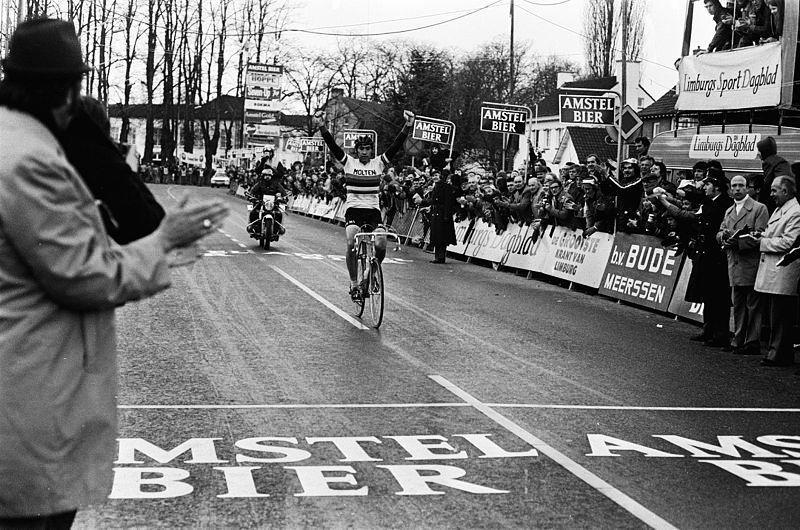 Not content with Grand Tours, the powerful rider would achieve 525 professional victories, including 19 Monument wins, and he broke the Hour Record.

It is possible that Merckx could have won a sixth Tour de France. In 1975 nearing the end of a mountain stage, Merckx was sucker-punched by one of the spectators. As a result, Merckx finished 34 seconds behind the leader.

Merckx’s powerful style saw him win 45% of the races he took part in 1971. Any other pro must have realised that their chances of beating Merckx were slim, and their chances of winning were halved, give or take, during that glorious ’71 year.

No matter the terrain, Merckx was unstoppable. He was just as effective riding mountains as he was over cobbles or the flat. The ‘Cannibal’ showed no weakness.

Although retiring from the sport in 1978, Eddie Merckx still holds records that have never been beaten. This includes:

He was the first rider to accomplish cycling’s Triple Crown – Two grand tour wins and the UCI Road Championship.

Vittorio Adorni, a Merckx teammate,said,“Anquetil [once considered the greatest] appeared without warning, as silent and deadly as a dagger in the back. His pedal stroke was ‘soft’, ‘velvety’. He arrived with a murmur. He was gone with a whoosh.

“Here was the difference between ‘Master Jacques’ and Merckx… You heard Merkx. Felt him… Not the normal whirring of pedals and wheels but a thudding through the atmosphere.”

Eddie Merckx is simply the best cyclist ever to have lived.

Our own Sean Kelly is ranked the second-best cyclist of all time. Achieving 196 professional victories, mostly in the classic races. These victories would earn the Irishman the title of ‘The King of the Classics.’ Sean Kelly in his Prime

Kelly was a natural sprinter that, unlike many other professional sprinters, could instigate breaks and climb well, staying with climbing specialists on the toughest cols in the world. Sprinters that can do this are rare in cycling circles.

Like most athletes who are that little bit special Kelly’s sprinting skills were matched by his endurance. He won the Paris – Roubaix, The Hell of the North in ’84 and ’86. This is significant as part of the race is over cobbles in unsavoury conditions. The French daily sports paper, L'Équipe, pictured Kelly splattered with mud as he steered his bike over the cobbles with the headline ‘Insatiable Kelly’. A reference to his ’84 season, which saw him achieve 33 professional victories that year.

This included beating acclaimed professional Stephen Roche twice. Once to win Paris-Nice and on the time trial in the Critérium International.

Kelly’s descending skills were amazing. He has been recorded at achieving a speed of 124 km/h. In his last classic race, the San Remo in 1992, where he was regarded as being past his prime, he demonstrated his descending skills to win. With 3kms to go, the favourite, Moreno Argentin broke ahead, hitting the Poggio summit eight seconds before the pursuing peloton.

At this point, Kelly was in fourth place. With just 3kms left of the descent of Poggio, Kelly attacked. He caught Argentin with just 1km of the race to go. Despite Moreno Argentin’s gesture to take the lead, he stayed on his wheel until the final 200m, where Kelly attacked once more, achieving another classic race victory. Professional cycling is a tough and gruelling sport. The training is intense, and the field competitive. Pros eat, breathe, and live cycling. Reaching a level where you’re offered a pro contract is a truly remarkable achievement.

To be considered the best in the world takes pro achievement to another level. Once you’re considered to be one of the best two cyclists ever to have lived, well, you’re cycling royalty.